Curly shared this amazing book list with me just when I had been going through a frustrating spell in choosing books, having segued into chicklit after ages and then being unable to find anything satisfactory in that genres in the library. My first reaction was “hell, I’m not in my 20s” and my second was “Really? A list of 65 books” and then I checked out and my third reaction was “holey moley, almost all these look up my street” and I hit the library catalogues pronto. Oh the joy of having two library systems at my disposal! Anyway, you’re going to see lots of book posts as I trawl through this list: 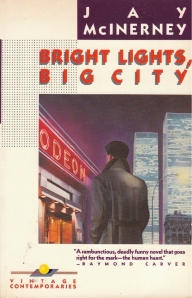 I’ll just quote what the buzzfeed article said because that’s essentially it: “You read this book because even though they used typewriters and did way more cocaine than is even remotely healthy, it’s still a perfectly told story about being young and thinking you’re way too smart for what you’re doing. Also it’s possibly the only book ever written in the second person that actually works.”

What I found fascinating: That a whole department existed to check facts. Agreed that today we have the Internet. But it’s no wonder that so many errors have seeped into newspaper and magazine articles when one person is doing multiple tasks that were earlier separate jobs. In some of the newspapers I’ve worked in, the writer is supposed to ensure that the facts are straight. The editor will catch mistakes if she/he catches them, but mostly the focus is on rewriting/proofreading. In one of the newspapers, the editors were I think required to cross-check facts as far as one could Google. But they also had to do the regular editing thing.

Apart from that, what struck me about the book is how it could be written today and apart from physical details, a lot of it would be exactly the same. Essentially the existential angst of being 20 and living it up in the big city. And also, how it could well be chicklit, except something raises it above that bar. Some great writing, of course. But also, surfacing from the froth and general shenanigans, are some authentic moments that bring us a bit closer to the meaning of life. These two characteristics, I suspect, will be recurrent through the whole list.

The Group by Mary McCarthy 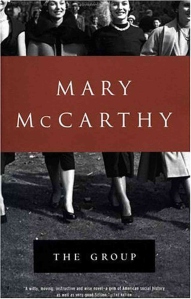 “How is it possible that a novel written in 1963 about a group of post-collegiate friends in New York City IN THE 1930S could still be so relevant?” says the buzzfeed article. And a few pages into the book, I had to concur. It seemed eerily more relevant to Indian women right now as well. Basically, it’s a bunch of girls who graduated from Vassar, the premier girls college. They were the first generation of upper-class women aspiring to enter the workforce, when in the past they would have just found rich husbands. In the end, many of them still do. But their lives are complicated by their education. It’s a biggish group of seven-ish girls and the narrative passes from one to the other. When the spotlight is on one girl, one or two of the others make guest appearances. It’s a lesson in how to write this kind of narrative as well.

It explores what we call “hooking up” today and being in charge of one’s own contraception. Falling for a bohemian and the underbelly of marriage. Breastfeeding and the dogma of childrearing – one of the girls had a baby and the whole drama around breastfeeding resonated so acutely (thank god I’m not married to a paediatrician!). And finally, clinical psychology and madness of psychiatry, and how the whole thing can be absurd. I am a great believer in counseling, and the field of psychology in general, but the controversy around DSM5, the latest iteration of the American Psychiatric Association’s mental health manual, is warning that there is more at play in medicine than just medicine. Sometimes the quest to be part of medicine and science can make a field contort itself to the detriment of the patient. It all boils down to the question – what is normal and who defines it, and then it becomes obvious that we’re on very shaky ground.